No! Stop twinking my Dwarf! He's a tax writeoff! 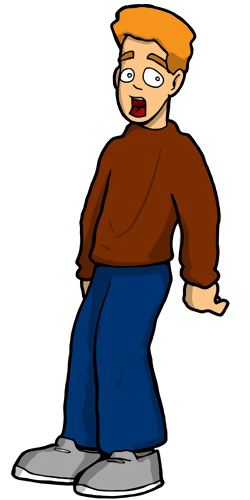 No, NO! Take it back! I don't want that sword -- no, I don't care about the increased odds of a critical. Something like this makes my character more valuable, and that can't happen.

Because My Dwarf is a Tax Writeoff!

I've already claimed him as a business loss with the IRS. But now, there's some kind of League of Extraordinary Twinkers who keep running up and buffing me and killing stuff. Stop it! Just stop it!

Get these buffs offa me!

This afternoon I spent an hour and a half running away from my corpse, only to have someone by the guild hall replace all of my equipment "To help a guy in hard times." Look, I'm not in hard times. I'll BE in hard times if the IRS gets wind that I the two-handed Blade of War!

What if they do an audit!?

Great, now I've got to take off all my weapons and run naked into the Plane of Time until I lose everything. What a grind.

I'll tell you when I've had enuff, just fork over the ale, Neverwinter wench!

Knights of the Old Republic is so great it will crush you physically and emotionally!