Ladies, gentlemen, I believe the time has come for our EverQuest guild to fake its own death. 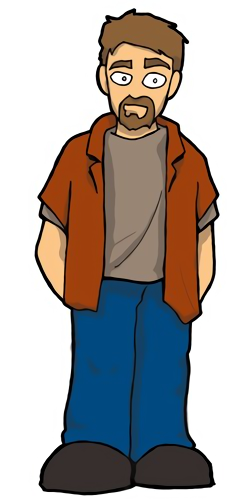 Hold it! Hold it! Everybody can’t chat all at once or I can’t read the screen. I have the floor. Ahem. Yes, all of us thought that faking a dragon-slaying was a good idea for our guild, but things just didn’t pan out. So all I’m saying is, it’s in our best interest to fake our own death until the heat blows over.

Wow, I can’t believe what I’m hearing. You guys don’t want to fake your own deaths? C’mon, I do it all the time. What? For crying out loud, BainDramage, I can’t believe YOU of all people are against this. You were first in line offering to Photoshop-up the fake dragon-killin’. And Bloodsaage? Where’s the love? Who had a room full of illegal Guatemalans powerlevel you up to level 50 while you slept? That’s right, I did. Show a little respect.

All right then, let’s put this to vote! All in favor of our EverQuest guild, Archon’s Minions, faking its own death in a grisly media spectacular, say Aye!

[Ten minutes of furious combat follow, fireballs and ice bolts exploding all up and down the chamber, swords clashing, shields buckling, fighters screaming...]

Excellent, excellent. Ladies, gentlemen, and indiscriminate piles of smoldering, gutted human remains! We are already halfway there. BainDramage, take some screenshots of the carnage and post in the forums that we were jumped by a bunch of Korean Powergamers.

Next up, we’ll stage a motorcade...

Now, next I need a volunteer to pretend to die on a toilet.

How many times I gotta tell you, Ned? There is no PK’ing in The Sims Online.

That’s a typo -- my emoticon is not actually drooling.