Move over! When King Hans plays Medieval: Total War, he demands that his steaks RARE. Still mooing, even. 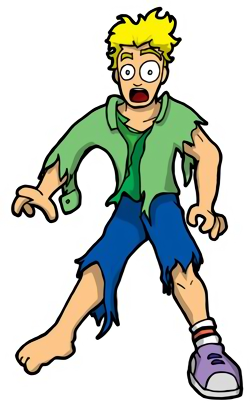 Watch out! Clear off a space on the counter. I just got King Hans’s steak from the Outback steakhouse, just as he ordered it: “Bloody, to feed his blood.” It’s been almost a week since he started his calamitous crusade as the King of Poland in Medieval: Total War. Anyways, here’s the steak, all 20 ounces of it. But it’s not nearly rare enough, and if I give this to him he’ll -- quiet and listen! -- I don’t want to be swinging from the gallows that he erected in the upstairs bathroom. So, Chris, I want you to start boiling some water. I’m gonna dig out the red food coloring, and then we’re gonna -- say what?

King Hans isn’t up there anymore? What?

Well, I guess that changes everything. Want to split the steak with me? I mean, it’s 20 ounces. It’s all of the cow but for the legs, so far as I can tell. Mnnn. That’s good stuff.

But uh ... that brings up an interesting question. If Hans isn’t the King of Poland anymore, who is?

I AM THE KING OF POLAND! BOW BEFORE ME! OKAY, YOU CAN STAND, BUT MAYBE BEND YOUR KNEES A LITTLE. OKAY, THAT’S FINE TOO.
People told me that I’m too wimpy to be a King, but King Hans named me his heir as he was being dragged away and I was too scared to argue, especially since at the time I was on my knees under the coffee table begging for mercy. But anyways, here I am.

Are you girls my harem? Well, you, uh, that’s nice, you just go on and do ... whatever you’re doing. Maybe you can visit me sometime? No? Can I give you my phone number? Okay, that’s okay too.

I’m the King of Poland!

Oh no, Lithuania is about to rebel again. And so are half of my provinces by the Black Sea. Well, I’d better move my troops out of there, before things get dangerous. I wouldn’t want anybody getting hurt.

Maybe I should just lower taxes everywhere? Uh oh! This one General is extremely disloyal. Gosh. I hate inter-personal conflict. Maybe if I give him more soldiers he’ll think more kindly of me? That’s good! Good, good. Now his army is bigger than mine -- he can’t possibly hate me now.

I know that he’s ruling by divine right and all of that, but next to this guy King Hans looks like Abraham Lincoln. We gotta do something. Okay, Chris? Grind up this Valium into his steak. Okay, sure, you can wear the aluminum foil again.

An entire generation didn’t graduate from Clarion College in 1992 because I installed Civilization into the computer labs.