No, No -- Put That Metal Gear Solid 2 Demo Away! It'll Suck Your Soul! 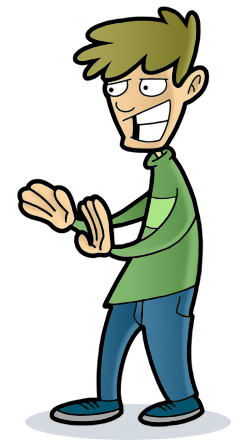 Whoa, Jeremy, no! Don't do it man! We have a hot date with those two chicks from Baldwin Hall in half an hour. We've got to get ready. Got to change. Got to rub magazine cologne samples on ourselves. You can't afford to even go near the Metal Gear Solid 2 demo for the PS2!

Believe me, I speak from experience. I once tried to play the Metal Gear Solid 2 Demo and disappeared from stable society for an entire Thursday. I don't know what happened. I failed two classes. I realized that my clothes had become crusty and my legs had been asleep for six hours. I couldn't walk. I had to crawl to the other side of the room and yoink out the power cable. I was in another place, another world. You don't want to go there, man! You don't want to do it!

Remember the girls, man. I'll even let you have the one who was wearing the tube top. Just whatever you do RESIST!

No, don't even feel the CD. Don't even -- no, don't stick your tongue on it, earlier Hank was rubbing it all over his naked body. That's it, slowly, that's it, put it back in the jewel case... step away from the PS2 ... no no DON'T PUT IT IN! No stop, no don't turn it on! Don't pick up the controller! Don't hit the start button! Don't watch the cutscene! Don't -- oh -- ohhhh... Okay, I'll walk you through the first part here, see if you can top my record of beating it in 1 minute 50 seconds.

I'll call the girls from Baldwin and tell them not to wait up.

Wait 'til you see the chick with the knife.

I Trained My Monkey to Squeal Whenever Someone Takes Our Flag

Today Me and Mr. Stuffnfluf Will Show You How to Correctly Assault Counter-Strike's cs_militia Map