I Have Several Theories as to How a Counter-strike Dedicated Server Managed to Find Its Way into Our Network Closet, Perhaps I Should Elaborate? 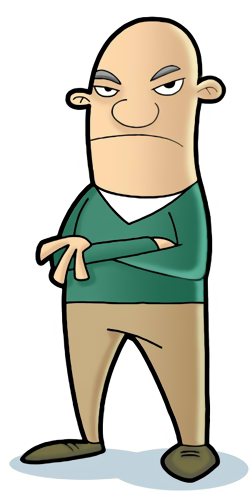 I don't mean to cast unsupported suspicion at you, Crenshaw, but perhaps you'd like to help me correborate the facts. I'm not saying that the Counter-Strike server we found surreptitiously hooked into our network inside the server room is yours. I'm just curious why, then, your initials were printed neatly on the back of the mysterious machine with a black magic marker, and why the hardrive is named "Crenshaw CS Serv."

Also, two weeks ago I have recorded in my journal a curious event where you asked me if I had any spare network cable, while holding a Counter-Strike CD. I reminded you that company hardware was not to be used for gameplay, at which point you grinned ... broadly ... and said no problem. I've had my eyes on you, Crenshaw.

Great pains were taken to hide the unauthorized server machine by the perpetrator. It was hidden behind a cardboard box -- coincidentally an old mail package addressed to "D. Crenshaw." It was also hidden behind the server rack under a blanket whose tag reads, "To Davy with love, Grandma Crenshaw." This evidence may be circumstantial. However, it is hard to refute your knowledge of said server by these leaflets I found in the photocopier tray advertising "CRENSHAW'S CRACKDOWN Phat LAN party!" this upcoming weekend in this building listing our company IP address as the server location.

I'm beginning to see a connection here, Crenshaw. The pieces are falling into place.

Are you aware that a single Counter-Strike server uses up 30 times our alotted bandwidth budget? Do you know that that single server cost us $96,000 in unplanned charges this past month? You realize our company his filed for bankruptcy and that I have been fired? But that's not my point, Crenshaw -- I got off topic.

The fact is, I must now come around to the damning accusation. That's right, Crenshaw:

Why wasn't I invited to that LAN party?

I'm serious, Crenshaw. I drive a mean APC. And I have plenty of spare time, now.

Look, I Just Design Websites. I Won't Be Your Girlfriend.

It Takes a Little Tweaking Sometimes, but My Internet Reception Has Gone Way up.