There's a crippling loss of personal dignity associated with this year's 'Talk Like a Pirate Day.' 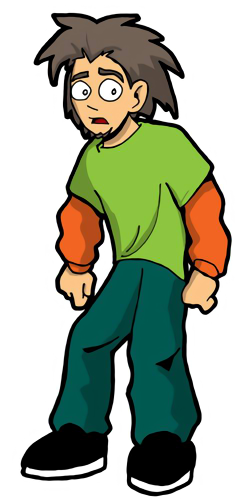 Today is the most special day of the year. It's the day that myself and all of my Battlefield teammates -- nay, the whole world -- all come together united by a common bond: we all talk like pirates.

Now, at first, I admit -- talking like a pirate was hard to get used to. But once we adjusted, we had some good times.

This morning I shot out of bed as if fired from a broadside, eager to begin my day. "Avast ye scurvies!" I tried to shout out my bedroom window. But instead, all that came out was a dull croak. My mouth hung open, horrified, and I tried again... only to rasp and whisper and wheeze. I had lost my voice on Talk Like a Pirate Day.

I tried to call my friends, (Who answered their phones by shouting "Ahoy!" and ringing a bell) but they were no help. Mainly because they couldn't understand me.

I blame it on the yogurt. See, last night I cracked open the fridge and grabbed a carton of yogurt, but it said that it should be sold by August 30th. Sold by August 30th? They should put "Eat by" dates on those things. I didn't know how much time was left. I carefully opened the yogurt, looked at it ... sniffed at it ... licked the lid ... and it seemed fine. "The yogurts fine!" I shouted to nobody in particular. Then I thought, "We've gotta be pushing the yogurt envelope, here." I mean, if it was fine now, it won't be fine for long. So I figured I'd better eat ALL of the cartons in the fridge so they don't go to waste. The first three vanilla were fine, but after two banana, one blueberry, and the second Boston Cream Pie flavored one, I started feeling a little seasick. If you catch my drift. Yeah, I'm not sure exactly what happened, but I blame the yogurt.

Talk Like a Pirate Day of course means giant, Pirate-Yelling LAN parties in Joe's garage. I didn't want to totally miss out on the piracy, so I borrowed my friend's parrot. I figured, he'd sit on my shoulder and talk for me, and thusly we'd get the whole pirate thing covered.

The problem is, my friend's parrot only knows how to make zombie noises. So there I was, playing Battlefield 1942 (with secret weapons, natch), and my bird leaned over on my shoulder to whisper into Joe's ear... "Braaaaaaaaiins..."

Joe popped his head up over his monitor and looked around like a prairie dog. "Avast! Which of ye bilgerats said 'at?" he asked, his voice quaking.

I tried to answer, but all that came out was a choking, strangled whisper. Assuming that I was egging him on, my parrot nodded and then made slurping noises. Finally, the bird wrapped up with, "Freeesh meeaat nyaargh muuppmh." All horror-stricken eyes turned to me.

It's a good thing you can't be keel-hauled underneath someone's garage.

[Don't forget to Talk Like a Pirate today, you saucy lads.]

Physics, man. It's never too early to prepare for the Physics.