My TiVo wants me dead. 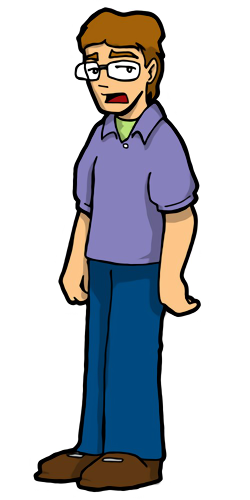 Ever since my TiVo started to insist that I was into Gay Japanese Cowboy Adult Movies, our relationship has been strained. A few days ago I threatened to take it back to the shop, and I started abusing it by hitting “thumbs down” every time I saw a TiVo commercial. It reacted by suggesting I watch programs about suicide.

It also started cutting off the endings of football games and replacing them with reruns of “Charles in Charge.”

I blame my friend Crenshaw for getting me into this hostile relationship, but he was of little help getting me out of it. “Sounds like you’re beyond my care,” he told me, loudly eating potato chips on the other end of the phone. “I’d recommend going to a professional.”

“Yeah, a TivO therapist. I know a guy. Well, I know a guy who knows a guy. You know, now that companies are developing ‘smart’ appliances, there’s bound to be occasional personality conflicts.” He gave me a number to call.

So, this weekend, there I was, my TiVo under my arm, tromping up a stairway inside a nondescript office building. The waiting room smelled of pine cleanser. I tapped my feet uncomfortably, sitting on an orange couch trying to read an article in “Home Theater” magazine while my TiVo sat silently at my side. When nobody came to see me for ten minutes, I finally got fed up and opened the door to the therapist’s office.

Inside I found a bearded man wearing a tweed jacket. He was sitting on a chair with his legs crossed, taking notes. Near him was an unkempt man fidgeting on a chair, and between them both was one of those new computerized refrigerators, sprawled onto a couch.

“Tell me again what happened with the brisket?” the therapist asked the refrigerator.

It wasn't until today that I realized it was just Crenshaw and his office buddies in there. They were on the floor screaming with laughter after I left. "That was better than that time we messed with Frank for playing Majestic!" they whooped.

I’m sorry Germany, but the Pope told me to take you down!

Okay man, listen up: I’ve developed a 32-step program designed to get my hot girlfriend into Cosplay.