With my professional gaming career on the rocks, I opted to become a color commentator 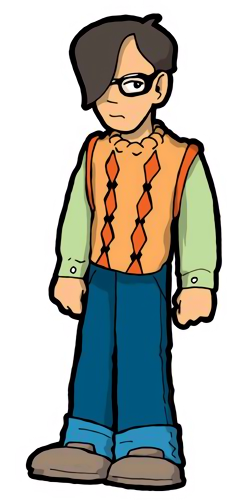 Only a week after I was forced to apply for disability benefits due to motion sickness when I played first-person shooters, I was already hitting on hard times. The disability checks weren’t going to be but a fraction of my tournament winnings, and my lucrative guarana-drink sponsorship deal fell through.

Desperate for cash, I hooked up with some friends in the industry and landed a gig as a professional game announcer. You know, just like football players do when they’re taken out of the game due to injury. Of course, being an announcer and a personality was markedly different from being a professional gaming athlete in a couple of notable ways. For one thing, you had to talk to people. For another, you had to be likeable.

Another thing I discovered is that I couldn’t leap right to the “big time” by commentating on the big first-person shooter matches or huge clan showdowns. Nope, the men in charge of the league shuffled me off to a small traveling minor-league real-time strategy tournament.

I know very little about real-time strategy. Holding a microphone and narrating to crowds of less than a dozen people on the floor of the mall while four teenagers go at it outside a PC store was almost enough to break me. They were playing an exhibition match of Medieval: Total War.

The microphone quaked in my hand. “Ah, ladies and gentlemen, as you can, uh, see, uh, the Turkish player -- that’s the individual here in the Buffy tee shirt -- is relocating his Saracen Infantry to a, uh, strategically commandeering if not precocious posture atop windward-facing hillocks.” Something interrupted me. “What WHAT?” I bellowed into the microphone as the league’s on-site coordinator kept nudging my elbow. He pulled the microphone away from my mouth.

“Don’t use such big words,” he whispered in my ear, smelling of aftershave. “Keep this brisk and exciting.”

Brisk? BRISK!? A rocket-jump is BRISK. This is ... strategy. I watched with growing anger while the Turkish player lured the Italian crusaders toward him with painstaking slowness using a group of archers. The bulk of his troops were still hidden in a scrubby forest atop the hill. Brisk? I was supposed to make this brisk?

Finally, I simply lost my temper. “What are you DOING!?” I cried into the microphone, leaning over the kid’s monitor. “This is Medieval: Total War. TOTAL war! It’s not Medieval: Half a War! It’s not Medieval: Little Bit o’ War! Run those guys out of the woods like a MAN! If you can’t take the heat, GET OUT OF TURKEY! Kill, you little camping bitch, KILL!”

The PA system fell silent after a screech of feedback. Everyone looked at me with fear, even the players. Mothers grabbed their children and scurried away.

The next day I got hired by the G4 television network.

Thank God they didn't have me commentating on MMORPG games.

I just got one of those new cell-phone PDA dealies. That’s the kind of thing you spend money on when you don’t have a girl.

To truly master Tekken 4, one must learn to bend like the autumn leaf. Like that’s ever gonna happen.