When it comes to Team-Killing, I’m a conscientious objector. 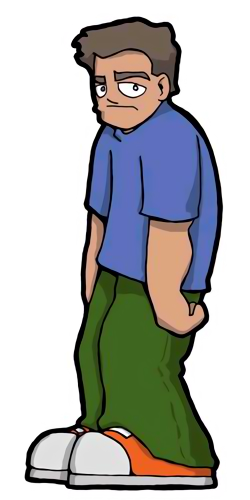 Sick of the carnage all around me, I climbed into an allied bomber and gunned the engine. I took several machine-gun hits from supposed teammates on the way down the runway, but despite the spiderwebs of cracks criss-crossing my canopy, I was soon airborne.

Up, up, up I flew -- high above the stupid playerkillers. I slowly circled the island in a claming, lazy loop. Ahh, sweet bliss. There were no team killers up here to pester me. I slowed my breathing, relaxed, and then checked my map. From here I could actually attack the enemy. It was gonna be great.

I toggled my camera view so that I could see the outside of my torpedo bomber, like I usually do when I’m about to make a bombing run on the Japanese fleet. And that’s why I saw him, crawling along the wing of my plane. A teamkiller! He had his knife out and was trying desperately not to fall off the wing. Could he knife me inside the cockpit of the plane? I didn’t want to find out!

I threw the control stick to the right and rolled the plane over, dumping him off the wing. But before I could breathe a sigh of relief, I heard a “clunk!” and he disappeared... INTO the plane. He’d stepped into the gunner position! Now THAT burned my blood. Now there was no way to get rid of that jerk without blowing up my plane!

Well, I wasn’t gonna give the creep the satisfaction. No spectacular kamikaze suicides here; no sir! I eased back on the stick and slowly arced upwards, spiraling, slowly, far above the island. Soon we were high above the clouds, gently drifting. See, the way to drive this guy out of the plane was sheer boredom. TeamKillers hate being bored.

“I can outlast you, TeamKiller!” I wrote back.

I circled and circled for about three hours, then I had to call a friend over to help maintain the vigil. We’re still going, and he’s still on the plane. It’s been days. It’s gone beyond self-preservation; now it’s a matter of pride.

Actually, I gotta run. My shift is coming up.

I worry about the influence of Grand Theft Auto, but not because of the language or violence