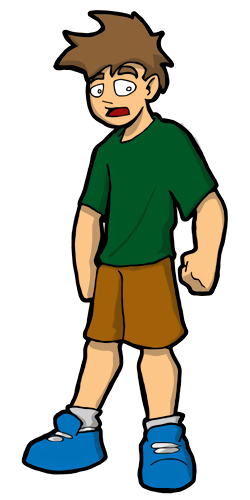 Last week when I told you all about my dad's unusual Battlefield 1942 tactics I didn't expect there would be so much interest in how this old Desert Storm war veteran would play the game. Yah. He's a real piece of work, all right. So, uh, this weekend I thought I'd take the time to have him answer your questions.

Dear Kevin's Dad: I loved your advice for taking out a sniper. How do you recommend defending a base?

Kevin: Okay, look, my dad really isn't into the whole "defense" thing. He says the best defense involves Tomahawk missiles launched secretly from submarines. Who's next?

Dear Kevin's Dad: Me and some friends were playing on the Berlin map, and the Soviets had two tanks shoulder-to-shoulder shelling our last flag. How would you have handled that?

Kevin: Well, you have to understand the way my dad plays Battlefield. See, he's never NOT an American. So he'd tell you, "Let as many of those [censored] nazis and commie scum kill as many of each other as possible." For this reason, he'd advise you to teamkill if you were winning.

Kevin's Dad: We'll start with these pictures of your mom.

Kevin: Cut it out!

Kevin's Dad: It's all right son. We're divorced. She's only your mother on weekends.

Dad likes to play Battlefield with the mouse in one hand and a glass of whiskey in the other.

This morning when I turned on Animal Crossing, there was a severed horse head in my bed

A hideous surreality hung over this Battlefield 1942 server ... like a cloud.