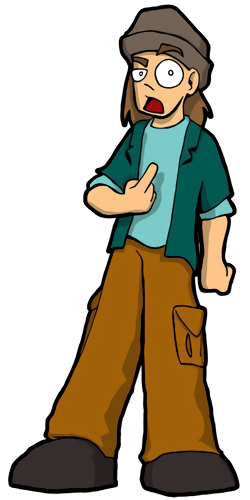 What? You want to play this weekend? NO WAY Crenshaw, every time we've ever played Battlefield 1942 you hit me with the jeep so often I had the Willys logo stamped on my forehead. Jerk. I'm not falling for it -- what? You bought me a copy of the full retail game?

Well, okay Crenshaw, I accept your apology. And I might even believe that you wouldn't ever hit me with the Jeep again, seeing as how generous you are. Okay, let's play.

And so I found myself floating in the Pacific Ocean, standing on the flattop of the Enterprise, pacing nervously back and forth across the Tarmac. The Japs were out there, somewhere, and in the middle of our two Naval flotillas was the tiny island of Midway. Crenshaw was already on his way to the island, driving a few other Marines in his boat and screaming "Gung ho! Gung ho! Gung ho!" into the speakerphone.

I knew that by playing a naval map, Crenshaw wouldn't be able to take me out with the Jeep. And when a torpedo plane spawned in front of me, I greedily stepped inside and roared the engines up to full throttle.

As I lifted off of the deck, reports were already coming in from the island. "Zeroes! Zeroes!" the marines shouted. "Those planes are killing us!"

The wide blue ocean rolled far beneath my plane. Below me and just to my right I could see our Battleship moving into position to attack a Japanese Battleship. Our men scurried across the decks; shells burst into the sea. But my mission was clear, repeated over and over on the radios by our desperate marines: "Sink the Carrier!"

In the distance I saw her -- a flat gray line against the furious blue sea. I tilted my rudder over, then rolled hard to the left so as to come broadside against the monster. A nearby destroyer flying the rising sun moved slowly along her port bow, and antiaircraft shells started bursting around me, but I stayed the course. Torpedo away! Moments later my projectile slammed into the side of the Japanese carrier in a burst of red flame and angry white sea foam. But now the counter-attack was furious; I soared towards the clouds and turned hard to the left to dodge the maelstrom from the guns of the destroyer.

Slowly I pivoted high above the action, then lined myself up for the next run. Puffs of white smoke trailed from my fuselage, but I knew my old bird had plenty of fight left in her. For my next run I swooped down low, nearly clipping the ocean with my landing gear, an unexpected surprise for the enemy. The destroyer didn't even see me in time to open fire on my way in. I let loose my torpedo and buzzed just a few feet over the deck of the enemy carrier, but didn't even have a moment to revel in the destruction -- I used my momentum to make a sharp left turn, then shot skyward. But my acrobatics didn't fool the gunners on my way out. Black puffs of flak exploded around me. One explosion rocked my right wing, another blasted me so hard my cockpit shook. My engine sputtered; thick, black, oily smoke poured from gaping holes in my tail. I had just one more run, and I was going to make it count. I soared in a long, graceful turn.

Out of the sun I roared, my damaged engine squealing. By now the enemy had no illusions -- antiaircraft guns on both the carrier and the destroyer opened fire on my position. As soon as I was within range I trigged off my torpedo. It cut through the air on its deadly mission. A moment later, my cockpit shattered. I bailed amidst a hail of gunfire! My plane exploded before my eyes, the flaming hulk roaring over the heads of the Japanese aggressors before tumbling wing-over-tail into the sea. My parachute opened just in time to cushion my fall into the roiling waves, but I got an excellent view of my final torpedo slamming into the exposed broadside of the Carrier. A plume of water and shrapnel burst hundreds of feet into the sky from the explosion.

The hated carrier was belching black smoke now, but it was still afloat. I could hear the screws chopping up the water and saw the beast start to lurch forward. I swam, beating my arms against the angry sea, knowing that I had to get aboard that thing and stop it or I would drown here in the middle of the unforgiving ocean.

Frantically I paddled, managing to catch the ladder just before she moved out of reach. With great difficulty I climbed up on deck, just in time to witness the Japanese planes respawning. I had to stop them! I scrambled forward on uneasy sea legs, the great smoking ship buckling underneath me. A Japanese pilot tried to stop me but I gunned him down point blank with my rifle. Fortunately for the mission I was an engineer: I dropped a pack of explosives under the first plane, two more under the second, and tossed another right into the gunner position of the third. Desperately I ran crookedly across the deck until I was safely out of range.

I turned to watch the devastation I was about to unleash. Three planes sat on the runway, and behind them four Japanese were running to my position. I lifted my detonator high. "Semper Fi!" I screamed.

Suddenly, I was POUNDED from behind. My view shifted as my face was pressed onto the deck, and I rolled over and over from some sort of impact. The last thing I saw was a jeep driving across the deck of the carrier, skittering to a halt beside the planes. Crenshaw was on the speaker phone, whooping with laughter.

I stormed angrily over to his office. "YOU HIT ME WITH A JEEP!" I boomed. "WHY did you HIT me with the JEEP!?"

"C'mon, give me some props!" he said, wiping a tear from his eye. "Do you know how hard it was to get an American Jeep up onto the deck of a Japanese aircraft carrier and hide it from you? I had to get most of our team and half of the Japs in on it. We're talking Herculean effort here. Give the man some CREDIT!"

"You should've SEEN the look on his FACE!!" the Japanese players were typing. On Crenshaw's screen they were jumping up and down and bobbing their heads in glee.

I hate you, Crenshaw. Did I ever mention that? Not premeditated righteous anger, either. No, Crenshaw ... pure animal rage.

I respawned on the Allied destroyer, but moments later I was crushed by a Jeep dropped from an airplane. "TWO FOR TWO!" Crenshaw whooped.

Man, I would give anything for a hit of whatever dope the driver of this tank is smoking.