In my expert, mechanical opinion, the problem is that your tank is stuck in a tree. 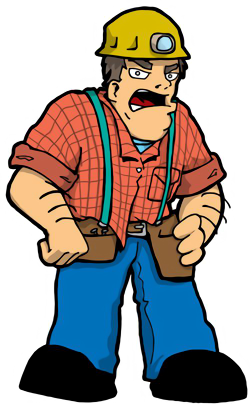 Yeah ... yah I can't say I've seen it before, or that I've even read about it in the hardware manuals, but I can almost definitely say that the major issue we have here is that your tank is perched atop a swaying palm tree, which definitely hampers what you would call it's "mobility." Yah.

If I'm not mistaken you're the same Kommandant who I warned about tank abuse. And, while it's not exactly catalogued per se, I'd say having it perched atop a palm tree on a Pacific Island is fairly abusive. How the hell did you GET it up there, anyw-- you know what? I don't want to know. No -- no, zip it. I don't want to hear it.

Now, as for getting it down, well, I wouldn't recommend just firing off the main gun. The recoil of that sucker would dump you out the back and down onto the rear armor. No, let's back one of them 'ere wedge-shaped APCs up against the tree, you know, so we can ease 'er down gently. Now, I'd -- holy crap -- there's a GUY up in that tank?

Hey! You there! In the tank-- whoa -- whoa now -- slow, gentle movements. We're gonna get through this. Just uh, focus on your breathing or uh, something. What? Say again?

Great, he's gotta take a leak. Hey, hey Earl? Get a bucket over here by the palm tree. And what's the story on the APC? Oh? It was bombed by enemy fighters? Yaaaaahh... okay that's bad. Hey you! Up in the tank! No, the tank IN THE TREE you MORON. If you see any airplanes, get behind that gun and start schutzing, capisce?

[The whirring roar of an airplane is drowned out by a deafening explosion, followed by the howling spiral of a plane falling to earth and a curious crunch of falling metal and cracking palm fronds]

Nice one, Hirohito. I meant for you to fire the machine guns, numbnuts. At least the tank is on the ground. You're lucky I have a wrench -- what's that smell? Aw for cryin' out ... Earl? Forget the bucket.

I don't get paid enough for this.

Though, I gotta admit ... the look on the pilot's face was pretty priceless.

My 'Platforms Floating in Space' skills are honed to perfection, sir.