An important message from your neighborhood secret operative 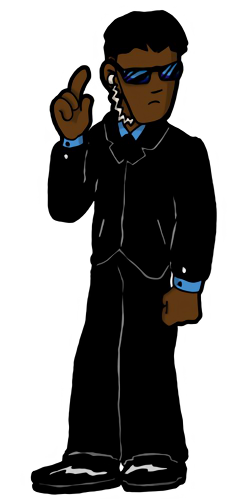 Hello, Internet users. My role in the CIA Black Ops Division gives me a unique top-level perspective on situations that the American public at large has no fluency with. Recently a unique phenomena has come to our attention. Aliens have begun to make extensive use of our electronics network. Yes. From their cloaked orbiting dreadnaughts they've been able to join our Internet online games. Please, do not be alarmed. Merely be aware that the people you play games against may not, in fact, be human. Here are some red flags to look out for:

Again, don't be alarmed. Just be wary. Knowing is three quarters of the battle.

Some people claim that aliens cheat, but that's simply not the case. Aliens merely accuse other players of cheating whenever they are killed. That's what they do. They're ALIENS.

Reporting to you LIVE from the observation mode of Bl00dLu5t's Tribes II server...