Morrowind has taught me a valuable life's lesson: How to steal everything that isn't nailed down 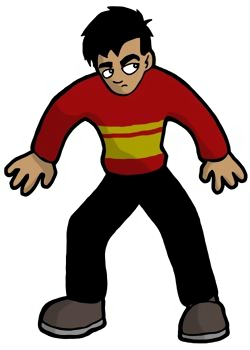 So, it seems that the guys in the apartment below mine used delicious barbecue as an excuse to steal my Morrowind CD. Never mind that I already nearly speared one of them in the eye. Let me tell you, the kid gloves are coming off. I didn't forswear food and sleep for the last 48 consecutive hours playing the game without learning a few valuable skillz.

The sun was beginning its descent and drew long slats of light across the stairwell. Hunched like a Khajiit, I stalked slowly down the steps, then picked the lock to their apartment door. It opened with nary a squeak. Their backs were turned from the entrance -- a fatal mistake.

Dropping low I crouched behind their couch. Their guy at the computer headed to the kitchen to get a drink; within a silent second the CD was back in my hands.

Of course, then the instincts kicked in. I mean, hey, I was there … it's not like the city guard had seen me. I could still carry plenty more stuff in my bookbag. So, I grabbed the computer, too. And some cups and plates. And some candlesticks. In hindsight, maybe I got a little carried away. It was difficult to get a smoking barbecue off of their patio and through their living room and up the steps to my apartment without raising suspicion, but hey, once you're on a roll, it's hard to stop…

Ah, nothing helps a man recover from an eye injury like a delicious sizzling hot dog and a stolen roleplaying game. Speaking of which, how is it? What? The computer's missing? Wow, that's crazy. Let's discuss this over some 'dogs WHOA! The barbecue is gone! It was right here a second ago … Hey … what happened to my pants!?

Kids: Remember, stealing is wrong. Unless you're good at it. So sayteth Morrowind...

Hear me out -- Our Asheron's Call monarchy would be considerably more powerful with its own clone army.