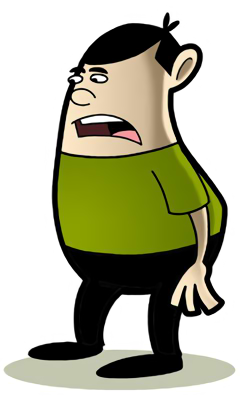 After my public proclaimation two weeks ago, my ability to suicidally crash into enemy base defenses and render them worthless has earned me a reputation both far and wide. I merely need to log into a server before the enemy team flees in terror from outcroppings of turrets and other exposed targets. "Just give me a Shrike," I would say, and the chat channel would soon come crackling to life with the plantative weeping of the victimized.

On a good night I was responsible for hundreds of deaths, as well as 50 or 60 of my own. I was a one-man suicide squad. I considered killing three people with one crash to be par; four was a great shot, and five is what I would call "The Grand Slam."

But last night my authority was challenged. It began as it usually does -- I logged into the server and I stepped toward the vehicle station to begin my hopefully short life as an aerial terrorist. I nodded to my teammates as I passed them, asking which turrets I should aim for, which part of the opposing base should be the first to succomb to my devastatingly accurate self-immolation. Suddenly, right in front of my eyes, a vehicle dropped from the sky like a meteor and oblitered my vehicle station in a cloud of black debris. My abject horror was suffesed with awe at the technical skill it took to target such an area on the far side of our base -- I wiped the remains of the pilot from my helmet knowing more so than any other the level of talent that was now splattered throughout our rear courtyard like a dropped omlette.

But, of course, the suicide bomber had delayed my aerial attack. "Repair our Vehicle Station!" I frantically team-chatted. My ears were filled with a high-pitched whine; I peered towards the sky, where a light drizzle was falling, and from the clouds streaked a winged fighter. I caught only a momentary glimpse of it before it crashed ino our flag tower, destroying two turrets, killing three of our men, and sending two others flying. One of the victims was our guy with the repair gun.

Very well, I thought, I'll take care of this problem myself. We had a mobile resupply station parked on a hillock nearby. A couple of guys were using it, but I waited patiently and finally stepped up to re-equip myself. Normally I never carry a repair station, as my over-arching goal has always been complete destruction of myself and everyone around me, but despereate times required desperate measures. Suddenly, a dark hunk of metal roared from above; I should have known better but a glanced up instead of fleeing for my life. In the split second before impact I saw the shrike pilot, I peered right at his face, an instant before myself and our resupply station were blown to bits and scattered in all directions.

"DAMN YOU!" I cried. "Shazzzzbot!" My teammates were equally horrified. "Hurry up and get suicidal on his ass!" they typed to me. Together myself and three others, armed with repair guns, rushed toward our vehicle station. Moments later, my suicidal foe managed to kill all of us -- and the vehicle pad -- in one skillful crash.

I realized that I was merely the Salieri of suicide, and I had just met my Mozart.

But I was going to go after him, for myself, for my team, for honor. I was gonna KILL that bastard even if I lived trying!

For his next run I was standing on the rooftop with a homing missile launcher. I saw him racing toward us, the twin trails of his exhaust tracing his egregious path across the sky from apex to eternity. My crosshairs closed in, the lock notification bleeped in my ear, and I squeezed the trigger. I watched him weave with the delicate skill of a master self-snuffer. He rocketed down, clipped past our sensor tower, and turned at the last moment in order that my homing missile slammed into one of our tanks, killing all the occupants. His vehicle, meanwhile, skipped across the ground and shot into our base, throwing sparks from the wings. I waited for his death message, but none came. He was alive ... down there. He had made it into our flag room! His suicide mission had failed!

I raced below, tossing my rocket launcher aside in favor of my chaingun. I found his shrike in the lower corridor, pouring smoke, but empty. I glimpsed my Mozart only briefly in the next room. He had our flag. He was surrounded by guards. Turrets opened fire on him. He had dropped a satchel charge at his feet... he paused to smile at me, blood trickling from his mouth, before he pushed the button to activate it. The defenses cleverly laid about our flag room were vaporized, along with all of our defenders. He was good. He was that good. But then I realized a single point of failure on his part -- His Shrike was still there.

I hopped inside and guided it out the hallway. By this time it was so beaten up as to be almost inoperable. How did he get it into our base? No matter. Soon I was in my element; the sky was above me, the ground below, ripe and ready for harvest like a blossoming grapevine. But I wasn't after mere turrets. The destruction of flag defenses no longer held for me any joy. No, only one target would satisfy my lust for my own death -- that's right -- his.

I saw the twin exhaust streaks climbing airbourne from the enemy base. No need to look at the name, I knew who it was. I gunned the throttle and dove at him, screaming through the air. He pointed his nose my direction and answered in kind. It was a battle of the suicide pilots, and I intended to win.

I raced at him. He raced at me. The server froze, fighters lowering their weapons, floating in the air like bubbles, all eyes on the two shrike fighters tearing across the heavens in an unmerciful trajectory dooming them both.

The impact was glorious, a crimson explosion in mid-air, sending flaming debris in all directions upon trails of black and grey smoke. My adversary had bailed at the last moment, landing roughly on the ground with barely a sliver of health left. Of course I was killed instantly.

They should give me some kind of medal. Posthumous, of course.

If My Missing PS2 Memory Card Does Not Resurface, I'm Going to Order a Full-on Pants Drop