Mr. Jacobson, You Need to Spend More Time Researching Your Papers and Less Time Playing Tribes 2. Furthermore, You Have No Jetpack Skillz. 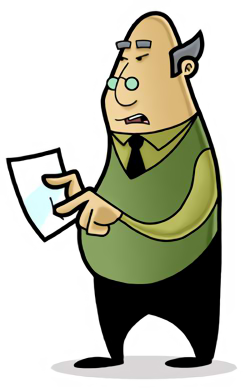 I'd like to discuss your most recent thesis about the Space Race. I suspect you did not give this paper your full attention, Mr. Jacobson, for two reasons. The first is because you consistently called the USSR the "Soviet Onion." The second is because, every night this past week from 7 PM to 1:30 AM, you were logged into my Tribes Server.

I would like to comment on both your poor grammar and defense of the flag. First you claim that the Sputnik was the Onion's first lunar probe, which is a clear falsehood. You also claimed using team chat that you would guard our base, which, too, was a blatent lie. As soon as you hit the supply station, you're running off chucking grenades like you have a prayer. Why you even waste my time, bitch?

Now, on to chapter 2. You identify Yuri Gagarin as the first man in space. Incorrect -- he was the first man to orbit the earth. I'm not surprised that you screwed this up because your jetpack skillz are an absolute joke. One time I had a bomber loaded up and ready to go, and you voice-chatted to wait for you, and I watched you flip over the hood like ten times. It would've almost been funny, Jacobson, except as you know I have no sense of humor. What I saw was a sad pathetic man unable to control his own most basic of body functions, hurtling helplessly to and fro like a limp rag doll when he should have been studying the ramifications of cold war on superpower technological development!

Furthermore, what is it with you and mining the flag? First you drop a mine, and then you like, stand there. What the hell are you doing, Jacobson? Then, you chuck another mine, and both mines explode. Half the time you kill yourself. Often you damage my turrets. WHAT THE HELL ARE YOU THINKING, JACOBSON?

This paper is a D, but I'm giving you an F because you never fix our supply stations when I ask. Bitch.

I'd recommend a rewrite, and also why not play through the single-player missions and maybe get some skillz, yes?

These Freakish Puzzle Games Bring Me No Delight Whatsoever!